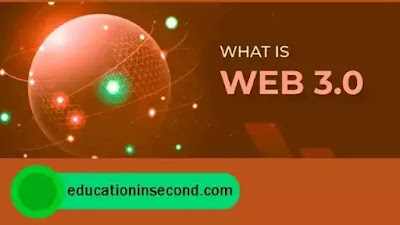 At the Facebook developer conference this year, founder Mark Zuckerberg laid out this vision for web 3.0 and the metaverse. He even changed his company name to 'meta' to signal a new age of development .  "I believed the metaverse is the next chapter for the internet " Mark Zuckerberg.

Web 3.0 is a natural progression where cryptocurrency and other services operate on what's called the Blockchain or distributed networks, web 3.0 is the next version of the internet, where services will run on the blockchain.

Web 3.0 is looking to change the way the internet works, web 3.0 promises to be more reliable, and decentralized with control in the user's hands enabling socializing for work and play through the metaverse, and making it cheaper as well as easier to make payments.

The Cloud platforms or on-premise infrastructure form the foundation for service in web 2.0 whereas in web 3.0 Services are built on top of the blockchain. The key difference is that the cloud is controlled by Giants such as Amazon, Google, and Microsoft, and on-premise is controlled by companies organizations and centralized but in the case of decentralized blockchain data is distributed across networks and no single entity owns the information.

With web 3.0 is all about a decentralized internet that runs on a public blockchain which is also used  for cryptocurrency transaction blockchain aims at keeping the insights organized as a block, with cryptographic hash insured to make them immutable and secure.

An example of web 3.0 universe is NFTs or non-fungible tokens that are bought using crypto coins they might be JPEGs. Bollywood actors from Amitabh Bachchan to Salman Khan enter the NFT space. Recently Bachchan's NFT collection was auctioned for close to 1 million.

Tags:
All about web 3.0 and Blockchain Technology What is Web 3.0
Share: