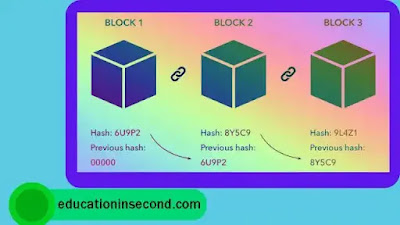 What is Blockchain Technology Briefly Explain How it Works:

I'm sure you've heard this term many times over the past decade. Most of us get the gist that it's the technology used for Bitcoin and other cryptocurrencies. But what actually is blockchain technology?

Blockchain Definition: Blockchain is a shared, immutable ledger that facilitates the process of recording transactions and tracking assets in a business network.

At the most basic level, Blockchain a form of recording data. The technology links immutable blocks of information along a timestamped chain. Consider how that is different from a spreadsheet or a database which have fields that can be manipulated are stored on a server and have one main person or a company controlling access. That structure is all very centralized. And it's also kind of fungible.

Blockchains are the opposite. They're decentralized and permanent. They're great for a wide variety of purposes that need to be shared. Trusted and Permanent record. Blockchain is best known for its use as a distributed ledger of digital currency, with the blocks recording transactions. It is also important for Distributed ledger technology, Immutable records, Smart contracts. 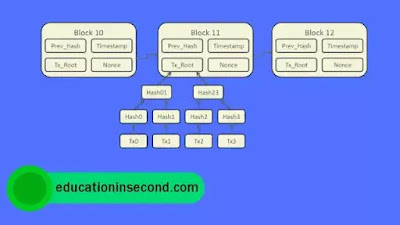 Here's how it works:

A network of nodes creates the structure of a blockchain. Each node participates in a validation of unit of information in a process called consensus. The block gets linked sequentially to a prior block via cryptography. There's no going back and undoing the chain or changing the block information. Every node on the network stores this agreed upon record of the chain. That's the distributed part Distributed networks create a failsafe backup.

Blockchain technology is also known for its transparency and its anonymity. You might wonder, wait, how can both be true. Technically, the Bitcoin network is pseudo anonymous. To participate, I would have a private and a public identity key.

Everyone on the network could see my public key and everything that it does. But there wouldn't necessarily be a link between my public key and my name unless I'm using an intermediary layer such as a digital wallet provider. The aspect of blockchain that particularly excites us here as a Stronghold is the open structure of the technology.

These are networks that anyone across the globe can access with minimum infrastructure. At their best, blockchains can transcend conventional socioeconomic gatekeepers and that quality aligns so well with Stronghold's mission to provide fast, secure and accessible financial services for all.

Tags:
Technology What is Blockchain Technology Briefly Explain How it Works
Share: