Write a biography of Nelson Mandela with the help of the following points:

Released from jail: After 30 years

Election: People elected him the President of South Africa 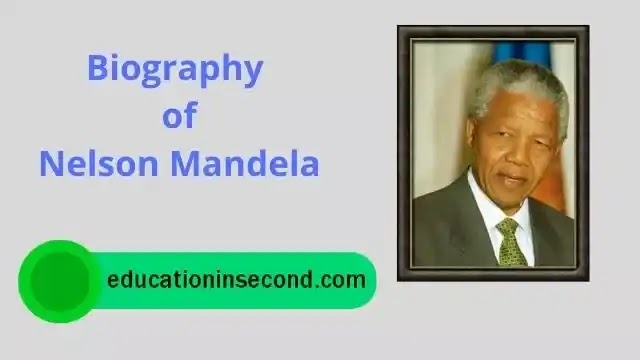 Nelson Mandela was born on 18th July, 1918 in South Africa. His father died when he was a mere boy of ten years. He graduated in law in 1942. Then he joined the struggle for freedom for the black. He appeared as a crusader of the anti-apartheid movement. The white rulers in South Africa looked down upon the black there and oppressed them.

Mandela raised his voice against all these. He demanded that the black be given the right to vote. The white rulers put him behind the bars. He passed the thirty long years of his life in the darkness of prison. But people made him the icon of the black struggle for freedom. After three decades, Mandela was released from prison.

The era of apartheid came to an end in South Africa. Nelson was elected as the President of the country. He was awarded the Nobel Prize for peace. This great crusader breathed his last on 5th December, 2013. 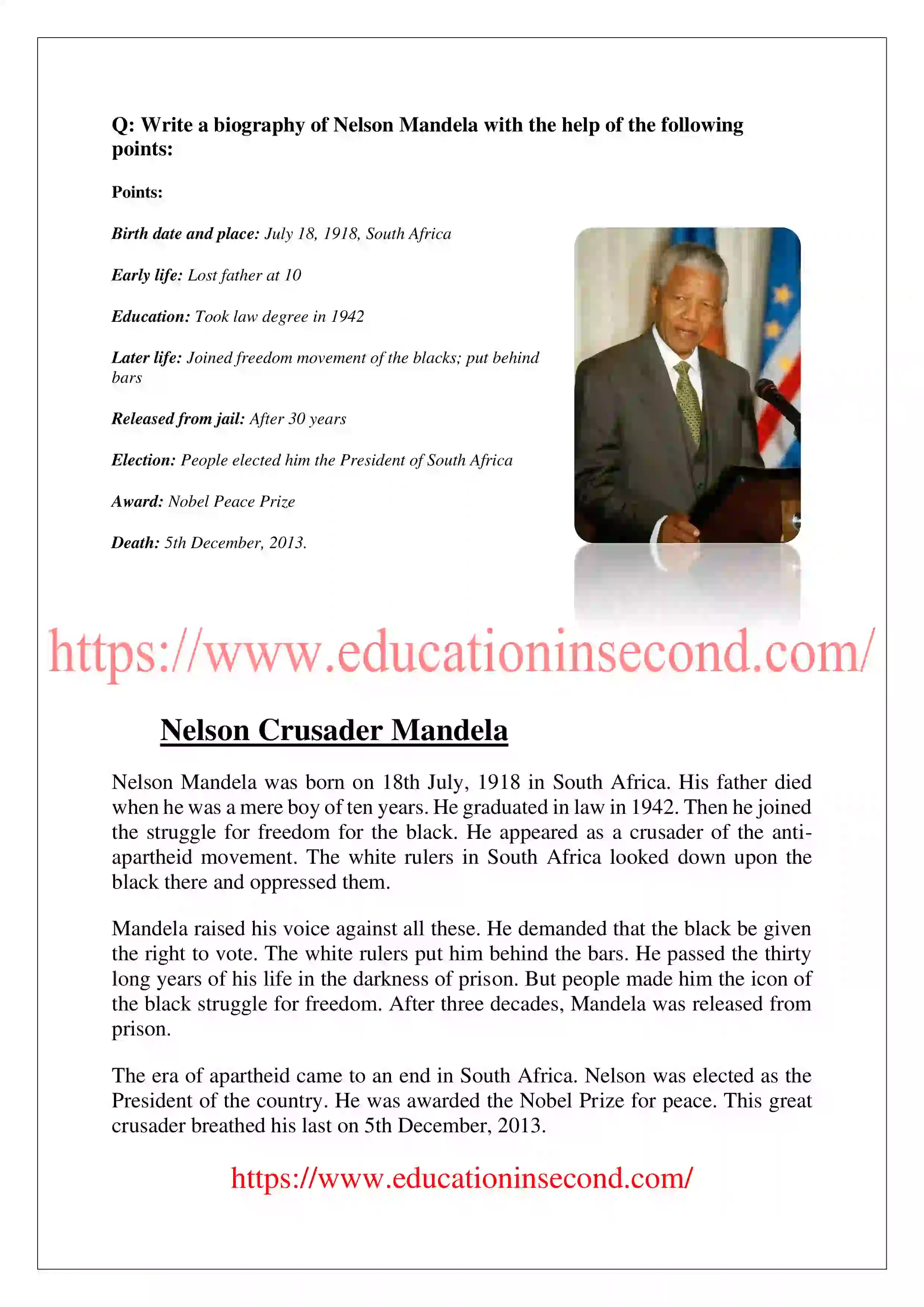 To download this pdf go to our telegram channel

This question may be also asked as :