Letter about the important places in Kolkata to visit

Suppose one of your friends will come to Kolkata for the first time and spend a few days in the city. Write a letter to her/him about the important places in Kolkata that she/he may like to visit. (in not more than 120 words) 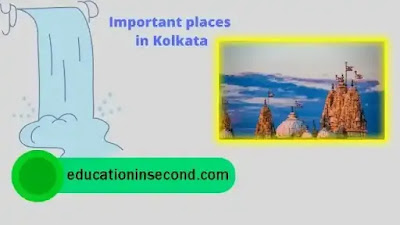 ABOUT IMPORTANT PLACES IN KOLKATA

After so long a time you have accepted my invitation to come to Kolkata. I feel overjoyed that at last, you are coming in October this year. Welcome, my friend, and Kolkata has many things to offer.

Kolkata, as you know, is a city more than three hundred years old. You can still find the legacy of the British rulers in the Victoria Memorial Hall, a marble building, and the Shahid Minar, a tall monument erected in memory of the British Victory in war. Both the Indian museum and National Library were founded by the British rulers as was the Eden Gardens, the famous cricket ground. You may visit Tagore's birthplace at Jorasanko, Swami Vivekananda's at Simulia, and Mother Teresa's house at Moulali. Apart from this Calcutta Zoo is one of the oldest in Asia as is the Botanical Garden at nearby Shibpur.

I am eagerly waiting for your arrival. Please let me know about the time of your arrival so that I may receive you at the station.

Tags:
Letter about the important places in Kolkata to visit letter writing
Share: