Report Writing on Dengue Broke out: Suppose a deadly epidemic of dengue has broken out in your locality and has taken lots of innocent lives. Now write a report sketching the current scenario. 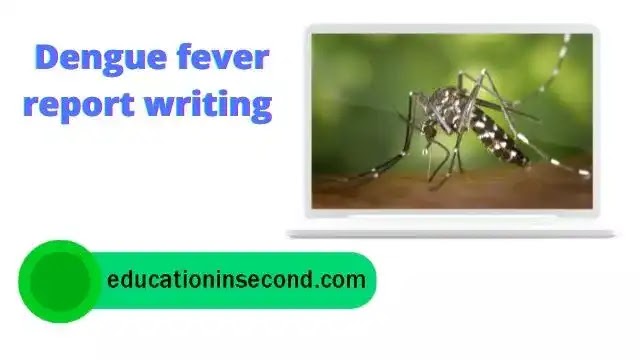 Report Writing on Dengue Broke Out

Recently dengue, a deadly disease has broken out in Salt Lake, Kolkata in an epidemic form. It claimed six lives so far and many more are still in hospital, receiving treatment. Everyday new dengue patients are getting admission to several hospitals in the state. The hospitals are fighting with their meagre infrastructure against the disease.

The corporation is trying its best to make people aware of the cause, symptoms of the disease and precautionary measures to be taken against it. The State Health Minister forbade the citizens to feel panicky unnecessarily. He advised people to take some safety measures such as using mosquito nets and preventing storage of filthy water around the house so that mosquitoes carrying the germs of the disease could not breed and bite. The local hospitals are also alerted to assess the gravity of the situation and to provide the affected with the best medical facilities.