The Magic Piper of Hamelin Short Story | Moral : The fruits of ingratitude may not always be sweet

The Magic Piper of Hamelin 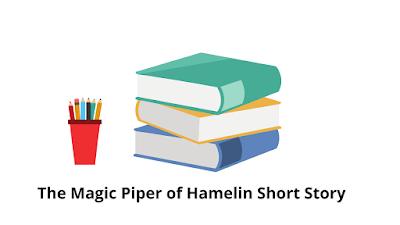 The town of Hamelin was famous for prosperity. Once upon a time this prosperous town suddenly became infested with rats. The life of the dwellers became miserable at it. Foodgrains were destroyed by the rats. People began to show their grievances against the municipal authority. The municipal corporation was totally frustrated at their inability to control rats. Finally, the mayor of the corporation declared a handsome amount for controlling rats. There lived a piper who possessed some magical power. The piper, listening the amount, agreed to do the task with the magical power of his tune. The mayor of the corporation also agreed to pay the amount to the piper if he would be able to control the rats. One fine morning everyone came out of their household listening a sweet tune along the road. What they saw was something wonderful. The piper was playing his unique tune and all the rats were coming out of their holes and following the tune. Slowly the piper was leading the rats to the sea. Finally, the piper killed the rats drowning into the sea. The town of Hamelin was ratless then. After the killing of rats, the piper demanded his fees. But contrary to expectation, the mayor refused to pay. The piper tried to convince him, but all in vain. Then the piper became very angry and wanted to take revenge upon him. On the other day the piper began to play the reverse tune and all the children from every corner of the town came out and followed the piper. Gradually, the piper led all the children into a cave. The town became childless from then on.

• Moral : The fruits of ingratitude may not always be sweet.