Points: An orphan boy lives with his aunt-has the habit of stealing-aunt never warn grows up to be a thief-caught-sent to prison—wishes to see aunt-bites off one of her ears. 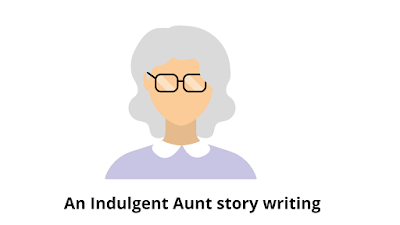 Once in an accident a boy, aged about six years, lost both his father and mother. His grandparents also died few years before. So, he had no one to look after him. He was in great danger. His position was like a sailor who has lost his way in the midst of endless sea. So, his aunt who had no children took up the charge of bringing him up. She took him to her own house. From then on the boy began to live at the aunt's house. The aunt loved the nephew very much and she was quite indulgent to the boy as he had lost his parents at a tender age. Sometimes, the boy misbehaved but his aunt did not tell him anything. Then he was admitted to a school. By the indulgence of the aunt the boy was a bit spoiled already. So, he did not behave properly at school too. Often teachers reported against him but the aunt did not do anything to rectify him. One day she found a costly pen in the boy's bag. It was not.given by her. She realized that he had stolen it from school. But on this occasion also she did not rebuke him. After some days she again found a pencil box which did not belong to him. This time also the aunt remained silent. So, the boy's habit of stealing grew more and more. Then he started stealing small objects from their neighbours' house. The aunt knew all these but the aunt was blind to the boy's faults. This continued and he repeatedly failed in the exams. At last he gave up study and became a professional thief. The aunt felt a great pain seeing the deterioration of her nephew but she could not do anything to bring back the boy to the path of honesty. One day the boy, now a grown up young man, was caught by the police. He was sentenced to three years' imprisonment. When he was about to be taken to jail he expressed his wish to talk to his aunt who was present at the court during the trial. His wish was granted and he was allowed to talk to his aunt. When he was whispering into the ear of his aunt he bit off one of her ears and said that it was the punishment for giving him indulgence and not rectifying him.

• Moral : Fruits of indulgence may not always be sweet.