Points: A few travellers felt tired walking for long in the sun-rested underneath a banyan tree-one of them complained, the tree doesn't produce any sweet fruit or flower another comments it is useless to man–tree remarked that man is ungrateful-man puts head down in shame. 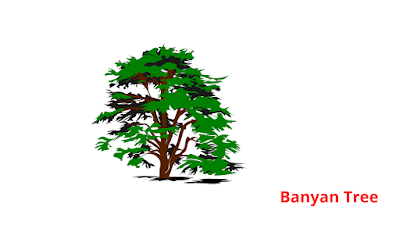 Long, long ago the transport system was not in such a developed state. Rich people used elephants, horse-drawn carriages, palanquins etc. Mostly, people had to walk to from one place to another. Once some travellers were travelling together perhapo on a pilgrimage. They had been walking a long distance together. The sun was shining bright above their head at midday. They became tired and hungry as well as they So, they had to take rest under the shade of a huge banyan tree beside the road. Each one ate some food which they had with them and drank water to quench their thirst. After their hunger and thirst had come down they began to gossip with one another. Many of them were talking about the contributions that the trees have upon us. Suddenly, one of them said that the banyan tree does not give sweet fruits and flowers. Another, sitting beside him commented that the tree is totally useless to man. Listening to all these comments, the great tree was deeply hurt. Suddenly in choked voice he remarked on man's ungratefulness towards him. He contributes so much for the mankind but men hurt him often. They even cut off his branches and tear off his leaves. Listening to the speaking banyan tree everyone was shocked at first impression and then their heads were bowed down in shame when they had realized their ungratefulness.

• Moral : One should not forget his benefactor,