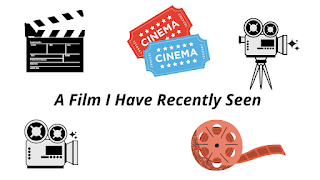 A Film You Have Recently Seen
Watching films is my favourite pastime. I am basically fond of watching movies.
Recently I chanced to see such a wonderful film. The name of the film was 'Bhrantibilas'. It was based on Shakespeare's immortal play ‘Comedy of Errors'. I had already read the drama in the form of story in 'The Tales from Shakespeare' which is included in our English syllabus. My teacher suggested me to watch the movie to have a keener idea about the drama. Few days ago as I was tuning the TV, I got a chance to watch the movie. It was a superb comedy. Two twin brothers get separated from one another and the confusion creates when they meet by chance. Two brothers and their two servants are both twins and therefore, look alike. Mistakes and confusion arise and provide the audience with a feast of pure laughter. The two important roles were played by Uttam Kumar and Bhanu Banerjee. It was a superb presentation of art. Comic situations have been created with unique subtlety and art. The director's skill deserves a special mention. It really left a great impression on my mind.
It was a source of real entertainment.
Tags:
A Film You Have Recently Seen paragraph writing
Share: