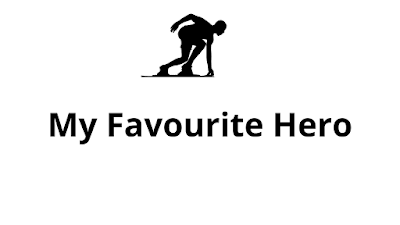 Netaji Subhas Chandra Bose is one of the greatest patriots of India. He was born Cuttack in Orissa on January 23, in the year 1897. His father Janakinath Bose was renowned lawyer. His mother Pravabati Devi was a pious lady. All along his student life he was a meritorious student. He stood second in the Matriculation Examination. in 1913 he took admission in Presidency College but he was turned out from the llege for he had protested against Professor Oaten, who had abused the Indians. Then he joined the Scottish Church College in Kolkata. He passed the BA Examination with a first class Honours degree in Philosophy from this college.

After completing his graduation he went to England for the ICS examination and prepared himself within just eight months and stood fourth. In spite of such a brilliant result he did not join the Indian Civil Service under the British rule as he hated the Britishers immensely for their ruthless torture against innocent Indians, so he raised his voice for his country's freedom. He wrote to Deshbandhu Chittaranjan Das so that he could join the freedom movement. In 1930 he was elected by the Indians to the post of the Mayor of Calcutta though he was in jail during that time. Within a few years he became so popular that in 1938, he was elected President of the Haripura Congress though he was abroad during that time. It was just the next year in 1939 that he was elected the President at Tripuri Congress in Madhya Pradesh.

In the same year in May, he set up Forward Bloc after resigning the presidentship of the Congress. He established the Forward Bloc in order to unite the Indian youth against the Britishers. He was not a man to beg to the Britishers for India's freedom. He hated to adjust with anything wrong or unjust. He was arrested by the Britishers several times for campaigning against them publicly, but his indomitable spirit could not be curbed.

In 1941, he left his house in disguise and went to Germany and thus the British Police Force was befooled. From Germany he travelled in a submarine to Japan. It was from Japan that he came to Singapore and founded the Azad Hind Fauj. From then on the soldiers of the Azad Hind Fauj called their leader 'Netaji'. The Azad Hind Fauj attacked the British and hoisted the national flag at Kohima. It was reported that Netaji died in an air-crash in 1945. But it is still a mystery. Netaji lives in our hearts for ever as a symbol of undying patriotism. His breath is still felt in the national salutation “Jai Hind'.