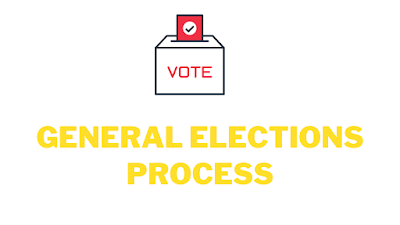 General elections are a part and parcel of democracy. In usual times general elections are held every five years. At first, the date of the election is announced by the Election Commissioner. With this announcement, campaigning is started by different political parties in the country. After that electoral rolls containing voters' names for different segments are prepared. Along with this, presiding and polling officers are recruited and trained.

Then school or college buildings in different areas are requisitioned as polling booths and polling personnel is sent there at least a day ahead of the poll day. On the day of the poll, party symbols on the ballot papers are stamped by the voters according to their choice. Next, the ballot papers are folded and dropped into ballot boxes. After the poll, the ballots are counted under strict security in the presence of the representatives of the contesting parties. Finally, the results are announced.