PARAGRAPH WRITING ON TV-WATCHING BY CHILDREN 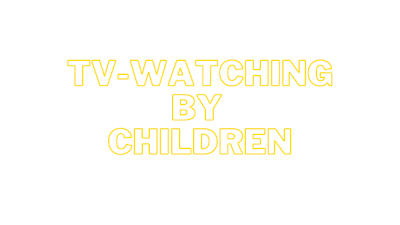 Television is one of the wonderful inventions of modern science. So wide is its influence that not only the adults but also the children spend a lot of their time watching TV. Television provides various entertaining programmes. Some programmes besides being entertaining supply plenty of information. These information in turn help in widening the vista of learning and knowledge in children.
Sports events aired through television generate an interest about them among the children. As an audio-visual aid nothing can be more helpful to children's learning. Television brings the whole world into our drawing rooms. But not all is so positive about watching television by children. Children become unsocial as they sit glued to the TV set. They neglect their studies.
Some programmes shown on television are of very poor quality and sometimes quite violent in nature. Such programmes have adverse effect on the minds of the children who are in their formative years. The immobility turns them into couch-potatoes. Lacking in proper physical exercise children suffer from ill-health which can have a long-lasting effect. Therefore, watching television should be regulated to stop its evil effects.
Also read: