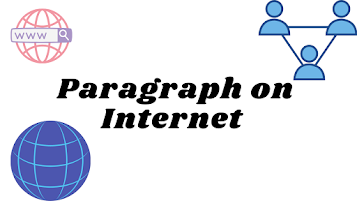 All information in the virtual world is interlinked with each other by a network of computer systems connected to each other through satellites, telephone lines, and optical cables. These computers can have access to very valuable and useful information. Initially, the internet was prevalent only in the US, but in the last ten years, this technology has spread its wings all over the world.

The trend of the Internet began in 1986 when the US Department of Defense connected some computers through a network of optical cables. These networks used satellites to transmit data to remote locations. Later, some universities in America also entered the field of the Internet.

The main system called 'Internet Servers' was established in the United States. Now the Internet is a global phenomenon. Each student can access the Internet through his computer system, a telephone line, and a Modem. Internet service should be provided by a government body or by a private firm called an Internet service manager.