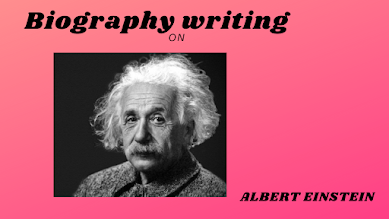 Albert Einstein, one of the greatest scientists of the 20th century was born on 14th March 1879 at Ulm in Germany. In 1900 he obtained a diploma from the Federal Institute of Technology in Zurich. Five years later he obtained his Ph D degree on Molecular Theory of Matter from the University of Zurich. From 1909 Einstein started working as Associate Professor at the same university and in 1912 he was appointed professor at the Federal Institute of Technology, Zurich.

However in 1914 Einstein moved to Berlin with family and was made a member of the Prussian Academy of science. He was also offered a professorship at that Academy. In the next year during World War-I Einstein completed his masterpiece “The General Theory of Relativity'. Recognition came to this genius in 1922 when he was awarded the Nobel prize for his work on Photo Electric Effect. In 1932 Einstein left for the U. S. as he was appointed professor at the Institute of Advanced study in Princeton, New Jersey. He never set foot in Germany again before his death at Princeton Hospital on 18th April, 1955.